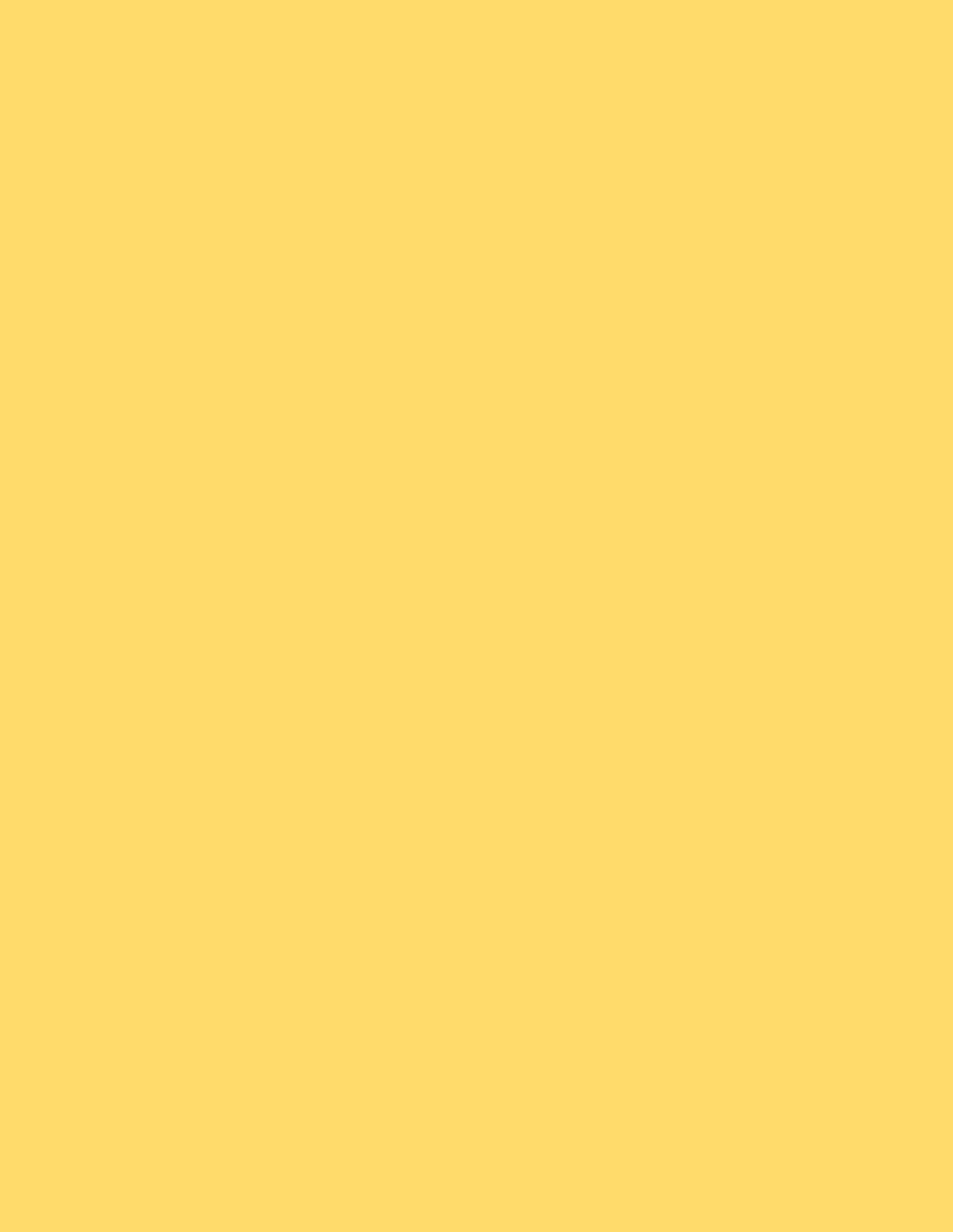 The name Yocco’s initially came about because the area’s residents, being predominantly of Dutch descent, had difficulty pronouncing I-a-coc-ca and instead pronounced it Yo-co-ca. Liberty Grille quickly became known as "Mr. Yocco's Place". While visiting Italy in the 40's, his sons Julie and Albert paintedYocco's on the large window out front; name has stuck ever since. Over the years Yocco’s has introduced many other items as well; such as steak sandwiches, hamburgers, fries, pierogies, and sausage sandwiches; but the hot dogs are still number one. 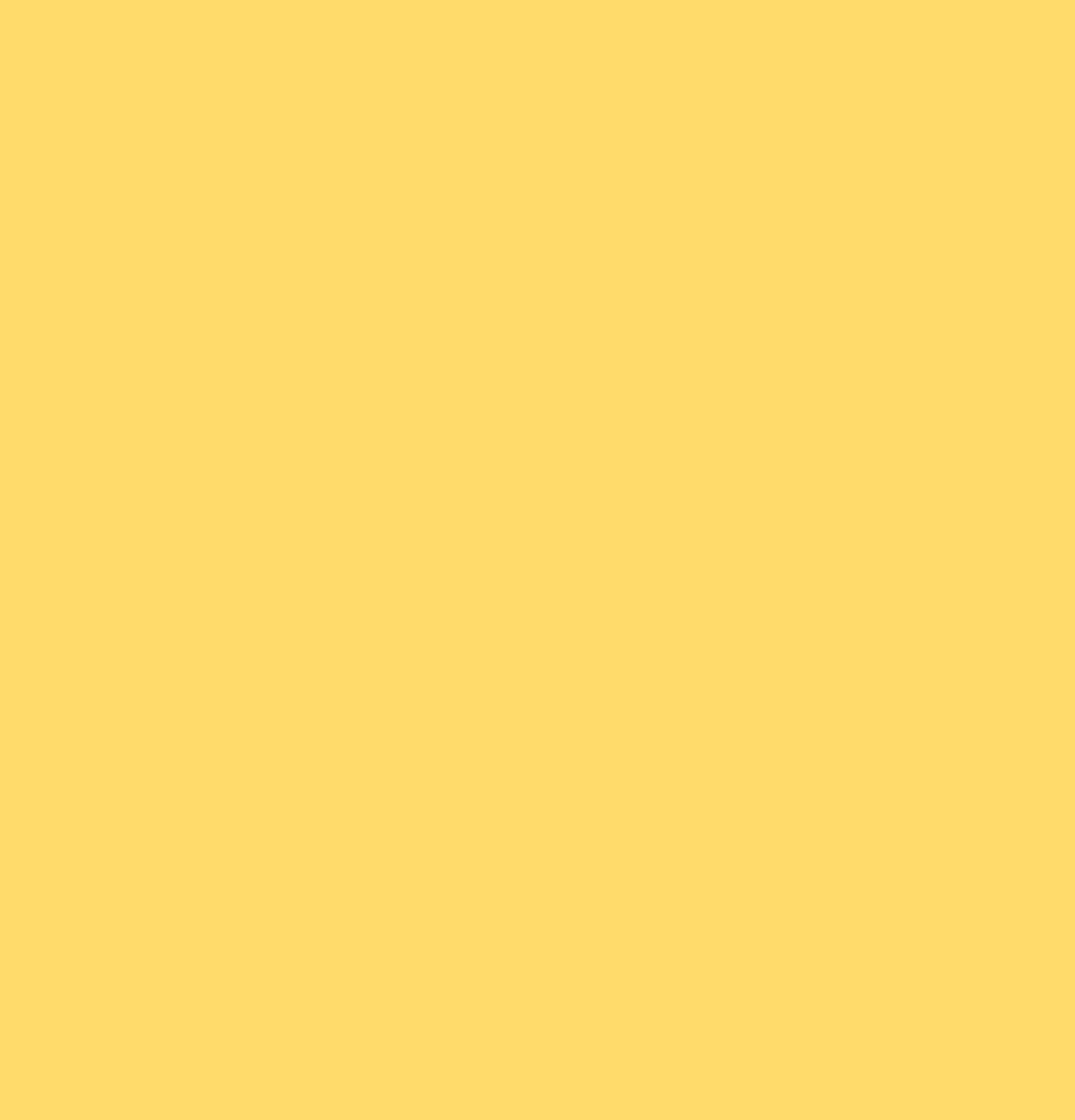 In 1922 a young Italian immigrant named Theodore Iacocca opened up a small cigar and convenience store known as “Liberty Grille” at 711 Liberty Street, in the heart of Allentown. The story goes; a beautiful woman entered one day and approached Theodore asking whether or not the store sold hot dogs, he told her that they did not. “Too bad.” she said and walked out the door with a wink. The next day he bought a grill and some A&B hot dogs and began selling them to his customers. He never saw the beautiful woman again but from that day forward Liberty Grille was known for one thing, its dogs, offering lunch-time appeasements to local, hungry factory workers. 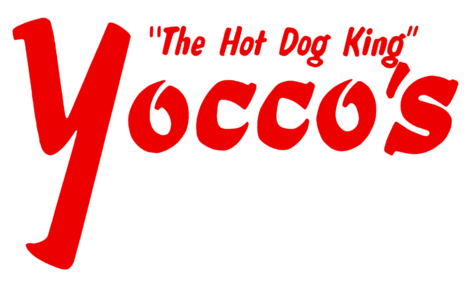 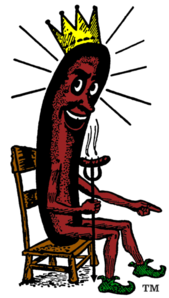 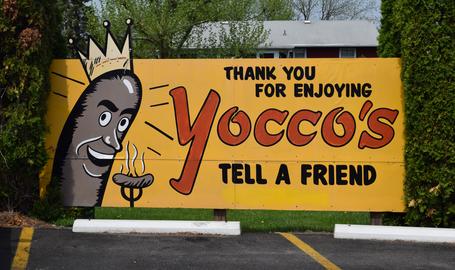 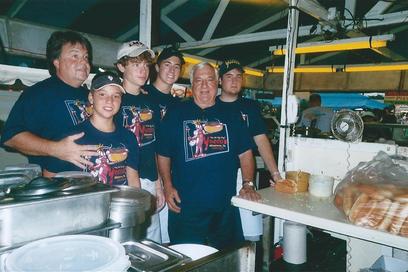 Perhaps the greatest reason for Yocco's success has been the Secret Sauce. This slightly tangy, meat-based chili sauce has adorned the hot dogs, cheese steaks, burgers, and more for over 90 years using the same recipe created by Theodore in the 20’s. Gary, the third generation owner and his son Chris, still make the secret concoction several times a week to keep up with demand. 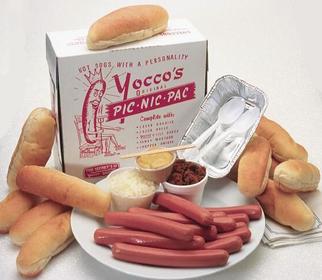 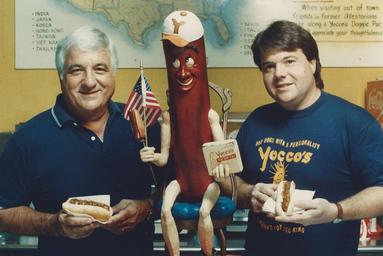 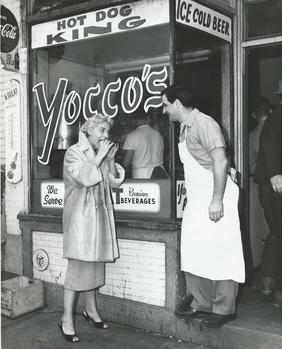 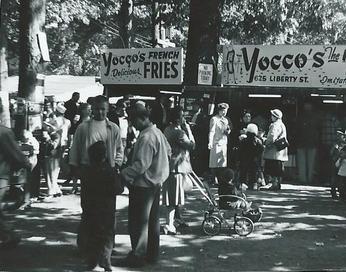 Yocco’s has become a landmark for people living in or visiting the Allentown region. With this in mind the “Doggie Pac” was created; containing everything you need to make a dozen Yocco’s doggies wherever you travel. The Pac is so popular that it has made its way to every corner of the globe and has even seen action right along side our armed forces all over the world.

People always ask what is the secret to the dog’s popularity. The best way to describe it is with one word, quality. In using a special blend of ingredients, skillfully combined for optimal grilling, we assure the highest quality dog at a price you can’t beat. No fillers - just quality cuts of beef and pork.